Menu
Politics is about persuading voters about priorities.
To do so, facts are important, but they can also be misused in an attempt to win the debate.
Here the facts fight back. This site presents the facts to help keep the debate clean and to persuade politicians and others to stick to the facts.
Home   /   Billion dollar trees > Check the facts 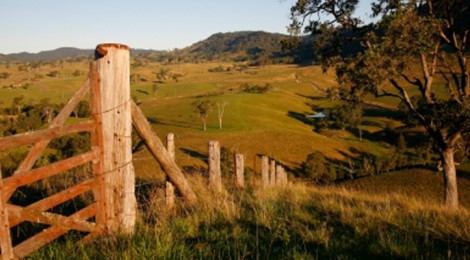 Laws around clearing of native vegetation in New South Wales (NSW) are currently being reviewed.

In October the Australia Institute released a report looking at agriculture in NSW and the impact of changes to native vegetation clearing regulations. The research has been criticised (here and here), particularly for not making reference to a claim by the Australian Bureau of Agricultural and Resource Economics (ABARE) that:

The total opportunity cost of forgone crop development on rangelands is estimated to be as high as $1.1 billion across the survey region. (here, p16)

How realistic is the $1.1 billion estimate?

Firstly, note the quote says “as high as”. This is not ABARE’s central estimate of the costs to landholders of the regulations, but a maximum figure which ABARE based on comparing a complete absence of vegetation policy with “zero development under a blanket ban,” a ban that seemingly includes invasive species. ABARE make clear that:

As such, this is not an estimate of the opportunity cost of the NSW vegetation regulations. (p34)

The true opportunity cost may be lower. Assessing the flexibility of current regulation in New South Wales is beyond the scope of this study. (p17)

ABARE’s figure is a hypothetical maximum value of cropping in NSW if all vegetation could be cleared. It makes no consideration of the long term sustainability, financial viability or social desirability of this development scenario and in no way reflects the social costs and benefits of vegetation regulations.

Secondly, readers should note that ABARE omitted farms from their survey that did not suit their conclusions:

Several large, high value developments in the Western Division areas were excluded from the analysis because they could not be considered representative of other farms in the region. Exclusion of these farms lowers opportunity cost estimates for the Western Division and total survey region. (p18)

There is no discussion of how many properties were excluded and how this would have affected ABARE’s results.

Thirdly, ABARE’s figure is based on development of areas that landholders said “they wished to develop for cropping” (p17). Landholders were under no obligation to actually pay any money or undertake any development having answered this survey.

Economists call this a “stated preference” or “contingent valuation” study, in which respondents say what they would like to do but are not obliged to do anything or to incur any cost. Such techniques are sometimes very useful tools but have been hugely controversial when applied to environmental policy issues.  (An influential paper critical of stated preference and contingent valuation can be found here)

As far as we are aware, ABARE have made no effort to see if the results of their 2006 stated preference study correspond with what actions landholders have actually undertaken since then.

Finally, the ABARE figure assumes that if landholders do not undertake the development of vegetated areas, they do not engage in any other form of productive investment. They assume that the money and time that would be put into the “wished for” crop development is not put into farm productivity in any other way, but is lost from agricultural production. They assume that there is no opportunity cost to this development to the landholders, or to society more widely. By incorporating the opportunity costs of developing areas of native vegetation, it is likely ABARE’s figure would be much smaller.

For these reasons, we believe ABARE’s $1.1 billion figure is not credible. We maintain that the major influences on the value of NSW agricultural output are the climate and commodity prices, and that changes to native vegetation clearing regulations will have a negligible effect. While these regulations clearly affect some individual landholders and particular areas of NSW they impose minimal cost for the state as a whole and may protect ecologically valuable vegetation.