Menu
Politics is about persuading voters about priorities.
To do so, facts are important, but they can also be misused in an attempt to win the debate.
Here the facts fight back. This site presents the facts to help keep the debate clean and to persuade politicians and others to stick to the facts.
Home   /   Could new coal technology mean more coal will be burned? > Check the facts 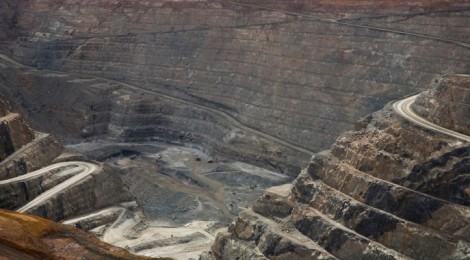 Could new coal technology mean more coal will be burned? > Check the facts

Following new climate targets from the US, China and the EU, and the beginning of the UN climate talks in Lima, the World Coal Association (WCA) is bracing for continuing criticism over its high-emissions energy source. The WCA argues:

Recently Environment Minister Greg Hunt has lauded the Direct Injection Coal Engine (DICE) under development at the CSIRO as a cleaner way to burn coal that could be used to reduce emissions.

However, the only way that efficient coal power can reduce emissions is if it leads to less coal being burnt.

According to the Intergovernmental Panel on Climate Change (IPCC) mitigating emissions from coal requires “replacing coal with other energy sources or reducing coal utilization (directly through efficiency of coal combustion or indirectly via the more efficient use of secondary energy supplies)” or through CCS.

In 1865, English economist William Stanley Jevons observed that increasing efficiency of coal use during the early industrial revolution was not leading to less coal being burnt to produce the same output. Rather the coal was being burnt more efficiently to increase output, in turn driving demand for coal in many industries. Increasing coal burning today would increase emissions, if not fitted with CCS.

In short: the only way efficient coal power or use of coal powered energy can help reduce emissions is if it helps us to use less coal.

The only other option is carbon capture and storage (CCS). CCS has been controversial, as it is expensive and has developed very slowly, with a very small number of sub-commercial projects in operation. The International Energy Agency says CCS could make up just 14 per cent of the emissions reductions needed meet 2050 global climate target. But that would require massive new investment and a reasonably high carbon price, and it would not contribute substantially to abatement for many years. That means it cannot be an excuse for burning more coal in the meantime. Moreover, CCS would not necessarily be used on coal, as capturing and storing the larger volumes of gas would be more expensive relative to using CCS on other fuels or industrial processes.