Menu
Politics is about persuading voters about priorities.
To do so, facts are important, but they can also be misused in an attempt to win the debate.
Here the facts fight back. This site presents the facts to help keep the debate clean and to persuade politicians and others to stick to the facts.
Home   /   Did climate change contribute to the October Blue Mountain bushfires? > Check the facts 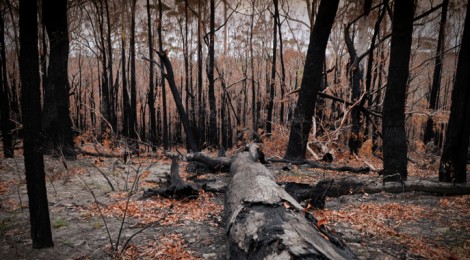 Did climate change contribute to the October Blue Mountain bushfires? > Check the facts

The claim: The Prime Minister is saying that climate change is not a contributing factor to the October bushfires in the Blue Mountains.

The facts: Climate change is making Southeast Australia hotter and drier which is increasing the number of extreme fire danger days. Drier and hotter climate conditions make fire risk extremely high. Australia has just experienced its hottest 12 months on record and the hottest September on record. NSW recorded below average rainfall for the four months from July to October.

The finding: The Prime Minister was incorrect to say that the October bushfires in the Blue Mountains were not a function of climate change. Climate change has made the climate in NSW drier and hotter which were important contributing factors to the bushfires.