Menu
Politics is about persuading voters about priorities.
To do so, facts are important, but they can also be misused in an attempt to win the debate.
Here the facts fight back. This site presents the facts to help keep the debate clean and to persuade politicians and others to stick to the facts.
Home   /   Did the Labor party rip $1.2 billion out of education funding? > Check the facts 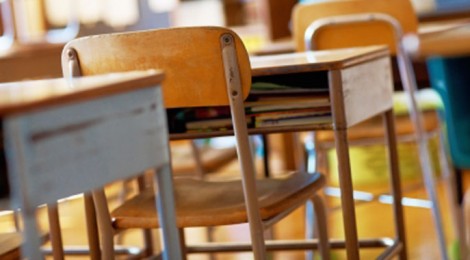 Did the Labor party rip $1.2 billion out of education funding? > Check the facts

Who: “Unfortunately for the Leader of the Opposition, he is shattered that we are putting $1.2 billion into school funding that he ripped out of the school funding model before the election.” Minister for Education Christopher Pyne

The claim: That Labor took $1.2 billion out of the Gonski education funding reforms.

The negotiations with the states and territories over the Gonski school funding reforms occurred in the lead up to the last federal election. The Labor government was able to sign up all state and territory governments except for Queensland, Western Australia and the Northern Territory.

The Labor government set aside $1.2 billion of extra funding if Queensland, Western Australia and the Northern Territory were to sign up to the Gonski funding reforms. When these state and territory governments were unwilling to sign up the government removed the funding from the forward estimates in its budget update just before the federal election.

The finding: The federal government is technically correct to say that before the election the former Labor government removed $1.2 billion of federal funding from the Gonski school funding reforms. This claim ignores the fact that Queensland, Western Australia and the Northern Territory governments refused to sign up to the Gonski funding reforms before the election and therefore refused to take the $1.2 billion extra funding on offer.

Discussion of evidence: This claim by the government, while technically correct fails to take account of the context in which the funding was removed. The coalition state and territory governments of Queensland, Western Australia and the Northern Territory did not like the terms of the Gonski funding agreement and so turned down the $1.2 billion in extra funding. The Labor government was ready to spend the money on education if the coalition state and territory governments were willing to sign up to the deal.

The coalition government reintroduced the $1.2 billion in extra funding after getting in principle agreement from the three state and territory governments. But it should be noted that they effectively gave the money away without requiring anything from those governments.