Menu
Politics is about persuading voters about priorities.
To do so, facts are important, but they can also be misused in an attempt to win the debate.
Here the facts fight back. This site presents the facts to help keep the debate clean and to persuade politicians and others to stick to the facts.
Home   /   Has red tape cost South Australia 80 years of prosperity? > Check the facts 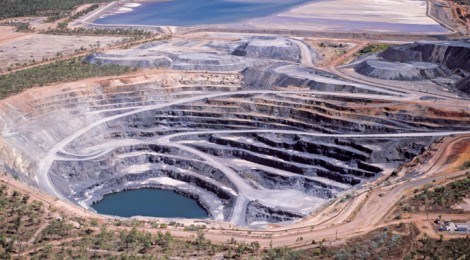 Who: “We lost 80 years of prosperity for a whole state because of seven years of approvals which were unfinished.” Andrew Robb, South Australia Minister for Trade and Investment, referring to the failure of BHP Billiton’s Olympic Dam expansion project in South Australia.

The claim: That approval processes caused the failure of BHP Billiton’s expansion of the Olympic Dam copper, uranium, gold and silver mine.  That this project is vital to the prosperity of South Australia for the next 80 years.

The facts: BHP Billiton released its Environmental Impact Statement (EIS) for the Olympic Dam expansion in mid 2009 and after a supplementary EIS process the project received federal and state government approval in October 2011.  In August 2012, the company shelved the approved project stating that market conditions, including subdued commodity prices and higher capital costs, had led to the decision:

“As we finalised all the details of the project in the context of current market conditions, our strategy and capital management priorities, it became clear that the right decision for the Company and its shareholders was to continue studies to develop a less capital intensive option to replace the underground mine at Olympic Dam.”

The company’s announcement makes no mention of approval delays as contributing to its decision, and “commended” the South Australian government.

The finding: Based on the company’s statements and media reports, the decision not to proceed with the project is not related to assessment processes as Mr Robb stated.

Discussion of evidence:  Furthermore, Mr Robb’s impressions of the project in terms of its life and importance to the South Australian economy are also incorrect.  The estimated mine life of the project is 40 years (see figure 3.9), it is unclear where Mr Robb’s estimate of 80 years comes from.