Menu
Politics is about persuading voters about priorities.
To do so, facts are important, but they can also be misused in an attempt to win the debate.
Here the facts fight back. This site presents the facts to help keep the debate clean and to persuade politicians and others to stick to the facts.
Home   /   How many hours do children spend watching TV? > Check the facts 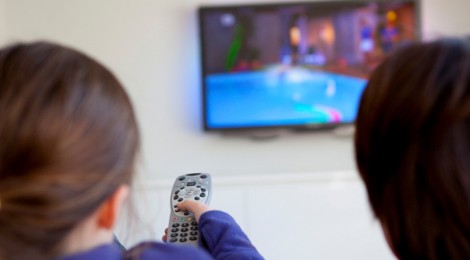 How many hours do children spend watching TV? > Check the facts

Who: “Children are bombarded with advertising for unhealthy food every time they turn on the TV … Aussie kids are watching 20 hours of TV a week on average and, when they are targeted by strategic advertisements for that long, it has a very big impact.” Senator Sarah Hanson-Young.

The facts: The ABS reports that in 2012 children spent an average of 15 hours per week watching TV, DVDs or videos, a decrease from 22 hours per week in 2003.

The finding: Australian children are watching five hours per week less television than the Greens claim.

Discussion of evidence: The amount of hours children spend watching TV decreased between 2003 and 2012. In 2012 children were watching an average of 15 hours per week and this included DVDs and videos which have limited advertising content.

In addition children’s programming on the ABC accounts for a significant amount of this viewing. In 2012 ABC4Kids’ share of the 0-4 age group was 47 per cent and 20 per cent of viewing in the 5-12 age category was ABC3. This share of the children’s television market is important as the ABC does not have advertising.

It is a stretch to say that “Children are bombarded with advertising for unhealthy food every time they turn on the TV,” however, the issue continues to be pertinent for those children watching commercial or subscription television.