Menu
Politics is about persuading voters about priorities.
To do so, facts are important, but they can also be misused in an attempt to win the debate.
Here the facts fight back. This site presents the facts to help keep the debate clean and to persuade politicians and others to stick to the facts.
Home   /   How much more will university cost? > Check the facts 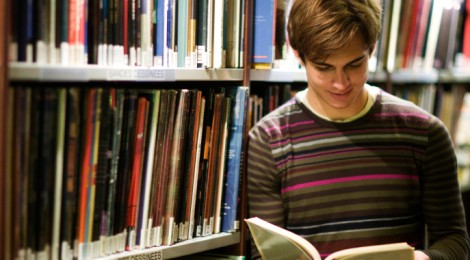 How much more will university cost? > Check the facts

On 1 October the Prime Minister argued “it seems fair and reasonable that university graduates should bear a slightly larger proportion of the costs of their benefit”. He said “the taxpayer will still support every student’s university education to the tune of about 50 per cent.”

The 50 per cent figure is supposed to indicate average government contributions. Education Minister Christopher Pyne was more careful when he said “students will be required to pay 50 per cent of the cost of their education across the university sector”.

As well as cutting government funding, the government also wants to uncap fees, allowing universities to charge students whatever they want. The 50 per cent figure assumes universities only increase fees to recover the revenue cut from government grants. But many universities are likely to increase fees further still. It is unlikely that many will decrease their fees; all reputable models have assumed cost recovery as a baseline. So the proportion of funding from students (via HELP loans) could be much higher than 50 per cent on average. How high depends on how high fees go.

Some have said fees could go as high as $100,000. Last week, Education Minister Christopher Pyne Minister called this a “scare campaign”, that “has already been exploded… by the University of Western Australia” (UWA). UWA was the first university to announce its 2016 fees under the proposed system: Bachelor level courses have fees of $16,000 per annum, or $48,000 for three years.

Minister Pyne is correct that UWA’s fee increases have not hit $100,000. But some qualifications require more than one degree. To do a law degree at UWA you need to do a three-year Bachelor degree and then a two-year Masters degree. Fees for that program are currently $47,200. So in effect a law degree at UWA would cost $95,220.

In addition, initial fees provide little indication of how high they will climb. Fees in the US have grown by 1200 per cent over the past 30 years, almost twice as fast as US health-care.

UWA’s fees cast doubt on Minister Pyne’s claims about proportions of funding. Shadow Minister Senator Kim Carr points out that UWA students will pay much more than 50 per cent “towards the total cost of their degree”. Under the UWA fees Commerce students will pay 89.86 per cent and Science students 57.05 per cent of total revenue to the university for that student.

Yet Senator Carr’s statements are also misleading. He calculates how much students will pay “towards the total cost of their degree” by dividing student fees by the total funding (fees plus government grants). But this does not show student fees as a proportion of what it actually costs universities to provide the degree.

Universities are not required to ensure fees go towards teaching rather than to research. Already the sector derives more revenue from students than what it costs to educate them. The ‘cross-subsidy’ to fund research in particular has grown dramatically, and is likely to increase when they can create more revenue through students to offset the government’s proposed cuts to research funding. The government has even said that increasing fees is necessary to ensure good university rankings, which are mostly based on research.

It is unclear what share of funding will come from students overall, but it is likely to be higher than 50 per cent and to rise as fees rise. However, this is a share of funding, not of costs. Students are likely to get more for paying more, but it is unclear how much more, and likely that substantial parts of the fee increases will be used to fund research.