Menu
Politics is about persuading voters about priorities.
To do so, facts are important, but they can also be misused in an attempt to win the debate.
Here the facts fight back. This site presents the facts to help keep the debate clean and to persuade politicians and others to stick to the facts.
Home   /   How much revenue would a 75% tax rate generate? > Check the facts 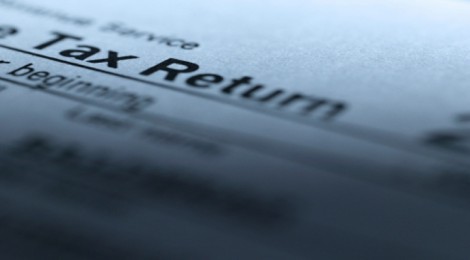 How much revenue would a 75% tax rate generate? > Check the facts

Who: “There really are not enough wealthy people to make a jot of difference. So I have worked it out, let’s think about the top one per cent, if you imposed a 75 per cent average tax rate, ok, not a marginal tax rate, this is horrendous. … You would only raise between 20 and 30 million dollars, it is just peanuts.” Professor Judith Sloan; academic, company director and contributing economics editor at The Australian.

The claim: Professor Sloan was arguing against increasing taxes on the wealthy for a number of reasons but also suggested the revenue raised would be trivial. Her view was that it would only raise $20 to 30 million.

The latest figures from the Australian Taxation Office (ATO) are for the financial year 2010-11. In that year the top one per cent of taxpayers (94,160 people) earned $59 billion in round numbers. If that income was taxed at an average 75 per cent the tax paid would be $44.4 billion which compares with the $23.5 billion actually paid and that would give an increase of $20.9 billion in tax revenue.

Discussion of evidence: The estimate of $20 to 30 million is wrong by a multiple of approximately 1000 using calculations based on ATO figures. It is easy to make mistakes when dealing with magnitudes that are sometimes expressed in the millions and sometimes in the billions. A common mistake is to be ‘out’ by a factor of a thousand. It requires such an error to argue that increasing the average tax rate on the top one per cent of taxpayers to 75 per cent would have an insignificant effect on revenue.

An attempt to dismiss potential tax increases on the top one per cent of income earners as ‘just peanuts’ is only possible when the facts are incorrect. The misuse of ‘facts’ to influence the policy debate is the genesis for this site. At a time when the distribution of income and wealth is worsening it is important that policy debate about tax revenue is argued on the facts.

If the tax scales were altered so that the top one per cent paid 75 per cent on the top tax bracket (over $180,000) an additional $12.6 billion in tax revenue would be raised. Note: these estimates are based on 2010-11 figures and so understate the revenue effects of possible measures taken at a future date.