Menu
Politics is about persuading voters about priorities.
To do so, facts are important, but they can also be misused in an attempt to win the debate.
Here the facts fight back. This site presents the facts to help keep the debate clean and to persuade politicians and others to stick to the facts.
Home   /   Is Australia’s debt to GDP ratio set to surge? > Check the facts 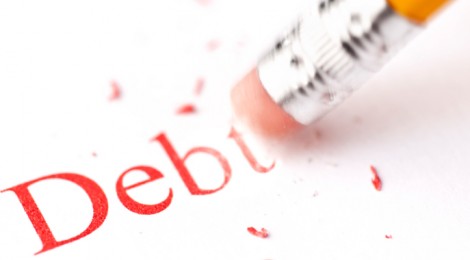 Is Australia’s debt to GDP ratio set to surge? > Check the facts

The claim: The claim is that Australia’s debt to GDP ratio will skyrocket unless the government gets spending under control and reforms taxation.

The facts: PricewaterhouseCoopers (PwC) did their own modeling based on earlier Treasury modeling which was designed to illustrate the budget pressures developing into the future. PwC acknowledges that its analysis “relies on budget estimates of future revenue growth and expenditure paths”.

When the Commonwealth budget contains projections out to 2049-50 it uses tax receipts projections based on maintaining a tax-to-GDP ratio of 23.5 per cent, just under the 23.6 per cent in the last budget of the Howard government. PwC has borrowed that methodology. Projections for state and territory governments’ receipts are not discussed.

Discussion of evidence: It is very important to distinguish between estimates or forecasts and projections made in this type of exercise. The Treasury work in this area generated projections that strictly followed the assumptions they made. They did not try to forecast the future economy or the budget parameters. Treasury estimates in the budget papers only go out as far as the budget year plus one. The later years are clearly identified as projections and they should not be read as forecasts.

One of the key assumptions in making the projections was to keep the tax-to-GDP ratio at 23.5 per cent. However, in a growing economy tax receipts tend to grow more quickly than the economy itself—in technical terms the ‘elasticity of receipts with respect to nominal non-farm GDP’ is greater than one. Treasury discusses this and other tax forecasting issues in a number of places, most recently here. Treasury has actually pointed out that in order to keep government debt at 23.5 per cent of GDP would actually require governments to cut taxes in the future as they had in the decades previously (see appendix C).

Since we expect a growing economy on average into the future and since receipts grow more quickly than GDP any analysis that forecasts continuous growth in actual deficits or debt based on an assumption of unchanged policy settings is going to be wrong. When talking about future tax options in particular it is inappropriate to rely on projections that assume the government will maintain a 23.5 per cent tax-to-GDP ratio.