Menu
Politics is about persuading voters about priorities.
To do so, facts are important, but they can also be misused in an attempt to win the debate.
Here the facts fight back. This site presents the facts to help keep the debate clean and to persuade politicians and others to stick to the facts.
Home   /   Is employment growth the slowest in 15 years? > Check the facts 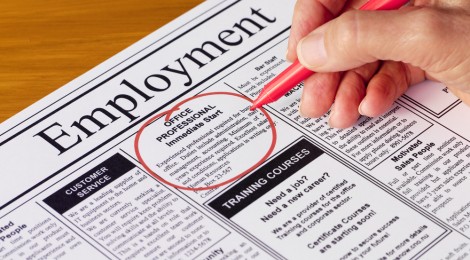 Is employment growth the slowest in 15 years? > Check the facts

Who: “Australian jobs growth is now the slowest in over 15 years” Opposition Leader Tony Abbott.

The facts: The latest figures for employment are for June 2013. Over the twelve months to June employment growth was 1.4 per cent. The same calculation is made and plotted for a 15 year period in the graph below. Highlighted areas represent periods that had lower employment growth than today.

The graph shows that there have been 38 months in the last 15 years that were associated with lower employment growth than present.  Therefore it is not correct to say that employment growth is the slowest in over 15 years.

Discussion of evidence: Australia has gone through a period of below average employment growth. Over the past 15 years the average 12 monthly employment growth figure was 2.0 per cent compared with 1.4 per cent in the year to June 2013. Indeed much of the last 12 months has been below the long term average. However, it is not correct to say that the latest or recent figures are the lowest over the last 15 years. The two other main periods of low employment growth were associated with the 2001-02 slowdown and the aftermath of the global financial crisis in 2009. During those periods employment growth was lower than the most recent period.