Menu
Politics is about persuading voters about priorities.
To do so, facts are important, but they can also be misused in an attempt to win the debate.
Here the facts fight back. This site presents the facts to help keep the debate clean and to persuade politicians and others to stick to the facts.
Home   /   Do the Coalition’s promised job figures add up? > Check the facts 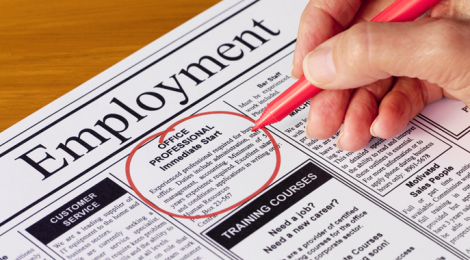 Do the Coalition’s promised job figures add up? > Check the facts

Who: “A Coalition Government will deliver one million new jobs over the next five years and two million new jobs within the next decade.” From the Liberal Party’s ‘Our Plan Real Solutions for all Australians’.

The Claim: The implication is that generating 1,000,000 new jobs in Australia over five years and 2,000,000 over 10 years would require real effort from a Coalition government and deliver real benefits to Australia.

The Facts: According to the Australian Bureau of Statistics labour force data, the average increase in jobs in Australia over the past 10 years is 18, 249 per month.

If we take that average monthly gain and project it out over the next five years we find that 1,094,993 jobs will be created. Over the last 10 years in Australia 2,189,986 jobs were created.

Discussion of evidence: The Australian economy will grow over the next 5 years and as it does it will require more workers. Because of this economic growth it is highly likely that over the next five years at least 1,000,000 new jobs will be created in Australia. This growth is likely to occur irrespective of any specific government policies to encourage employment.

Using the average employment growth over the past 10 years in Australia to project job growth into the future, an additional 1,094,993 jobs would be created in five years and 2,189,986 in 10 years. Furthermore, this is likely to be an underestimate because as the Australian economy gets larger the absolute number of jobs created at any given rate of jobs growth will also rise.

The Coalition’s goal is therefore likely to be achieved without any policies to increase employment by whoever wins government in September. This fact highlights how politicians can make a large and impressive statement by simply adding up the benefits of something that historical data suggests is likely to occur over a number of years.