Menu
Politics is about persuading voters about priorities.
To do so, facts are important, but they can also be misused in an attempt to win the debate.
Here the facts fight back. This site presents the facts to help keep the debate clean and to persuade politicians and others to stick to the facts.
Home   /   Rich pay half their income in tax? > Check the facts 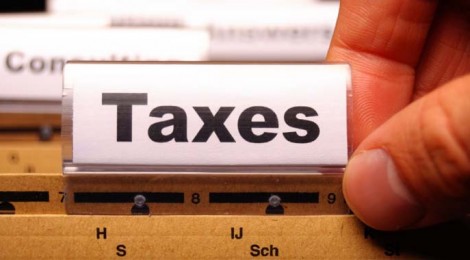 Rich pay half their income in tax? > Check the facts

Marginal tax rate is the amount of tax paid on each dollar earned over a tax bracket threshold. The income tax brackets and marginal tax rates for 2014-15, which apply from 1 July 2014, are listed in the table below.

When you add to this the 2% Medicare levy and 2% temporary budget repair levy, you get a marginal tax rate of 49%. This is presumably what Mr Hockey was referring to when he said higher income earners pay half their income in tax.

Average tax rate is the ratio of tax paid divided by total income.

The top one per cent of income earners in Australia based on tax data from 2011-12 would pay 39% of their income in tax based on the 2014-15 tax rates, including the two additional levies. This average tax rate is 10% below their marginal rate of tax.

The average tax rate is lower than the marginal tax rate.

Tax data on individuals is available from the ATO. In the table below we have calculated the average tax paid for a number of different scenarios of what might be considered higher income. The percentage of income tax paid includes the Medicare levy and where applicable the temporary budget repair levy. We have used individual tax data because household’s disposable income is more difficult to obtain.

The table shows it doesn’t matter what definition you use for higher income, no one is paying half their income in tax.