Menu
Politics is about persuading voters about priorities.
To do so, facts are important, but they can also be misused in an attempt to win the debate.
Here the facts fight back. This site presents the facts to help keep the debate clean and to persuade politicians and others to stick to the facts.
Home   /   Would a 10c cash-for-container scheme cost households more than $300 per year? > Check the facts 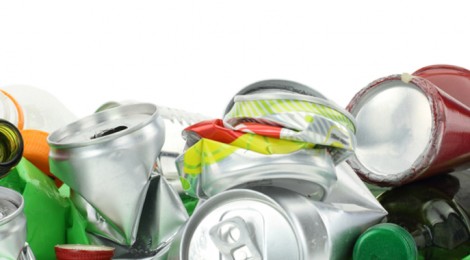 Would a 10c cash-for-container scheme cost households more than $300 per year? > Check the facts

Who:  “If some politicians get their way a container tax will be introduced…Every family in New South Wales will be slugged more than three hundred dollars every year.” –  Full page ad by the Australian Beverages Council, in Sydney Morning Herald, October 15 2013, page 6.

The facts: The claim is based on analysis by ACIL Tasman commissioned by the Australian Beverages Council.  The report estimated the number of relevant containers in an average household’s weekly consumption and multiplied this by the potential cost increase of a range of CDS options, from $0.11 per container to $0.26 per container.  These fees include both the redeemable deposit and a “handling fee”.  The report estimates that a CDS of $0.16 applied to beverage containers only would cost $230 per year, while a CDS of $0.24 would cost $345 per year.  We contacted the Australian Beverages Council, who say they picked a figure between these estimates based on “anecdotal industry data”.

The report does not quantify how much money households might recoup from the CDS, only noting:

a percentage of consumers may choose to defray some or all of the cost by choosing to redeem the deposits on their (and other people’s) containers.

The finding: The claim that a CDS would cost NSW households over $300 per fails to consider the money they receive from recycling the containers.  The estimated cost of the scheme, at over $0.20 per container, seems misleading as it is not based on any published analysis, but on anecdotes from within the beverage industry.

To have the 10 cent deposit returned, we would have to wash them, store them and take them to a recycling depot rather than just put them in our kerbside bin.

Having to wash containers could act as a serious disincentive to participation in a CDS.  This is not a requirement in South Australia’s existing scheme.  The Council could not provide any source for this claim and it is not discussed in the ACIL Tasman report, or an extensive economic analysis on CDS schemes by PriceWaterhouse Coopers.  This claim appears to be entirely without basis.

The ACIL Tasman report also assumes that an increase in price of containers will not affect consumers’ purchases, for example by  buying one 500m bottle rather than several smaller cans (see page iii).

The assumptions that households will not change their purchases or chose to deposit containers despite monetary incentives to do so is contrary to standard economic theory.  It seems certain that households would offset costs by both participating in the scheme and also by changing their purchases.  Ignoring these offsetting behaviours serves to overstate the impacts of a CDS scheme on households.