Menu
Politics is about persuading voters about priorities.
To do so, facts are important, but they can also be misused in an attempt to win the debate.
Here the facts fight back. This site presents the facts to help keep the debate clean and to persuade politicians and others to stick to the facts.
Home   /   Are 2km CSG buffer zones in NSW practical and workable? > Check the facts 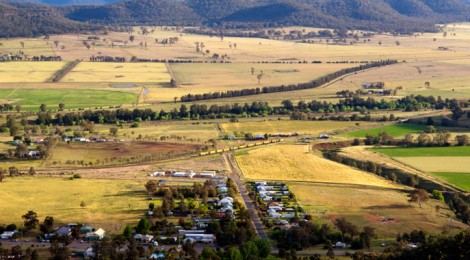 Are 2km CSG buffer zones in NSW practical and workable? > Check the facts

Who: “the bottom line is … it needs to be a buffer from major urban population centers not from hamlets, and the gas companies are saying the system in NSW right now is simply not practical or workable”. Federal Resources Minister Ian Macfarlane

The facts: In 2013 the NSW government announced that it would be introducing regulations that created a two kilometre exclusion zone for CSG wells around residential areas and critical industry clusters for the equine and viticulture industries.

In 2011 the Victorian government introduced changes to the states planning laws that allowed a house owner within two kilometres of a proposed wind turbine to veto the project.

The finding: The restrictions on wind turbines within two kilometres of any house show that a state government can use its planning laws to create buffer zones for energy projects around homes. The NSW government’s two kilometre buffer zone is therefore practical and workable.

Discussion of evidence: The buffer zones introduced by the Victorian government show a state government can use their planning laws to restrict certain projects. The experience in Victoria was the buffer zones severely restricted the industry’s ability to construct new wind turbines. It is possible that a buffer zone around residential areas (not houses) could also restrict the gas industry’s ability to expand its CSG operations.

It is also interesting to note that on the 27th April 2013, Mr Macfarlane spoke at a rally at Cecil Plains in Queensland in which he said;

“I was the one who drove the issue in New South Wales where the resource companies were told they couldn’t drill within two kilometres of houses.” Ian Macfarlane