Menu
Politics is about persuading voters about priorities.
To do so, facts are important, but they can also be misused in an attempt to win the debate.
Here the facts fight back. This site presents the facts to help keep the debate clean and to persuade politicians and others to stick to the facts.
Home   /   Did the gas industry create 100,000 jobs last year? > Check the facts 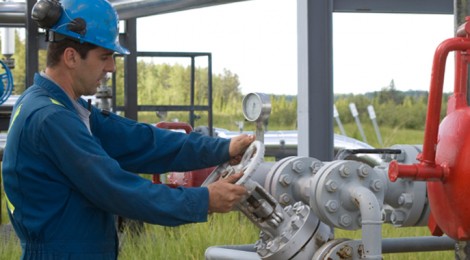 Who: “Australia’s natural gas industry created an estimated 100,000 jobs last year. This extraordinary effort is underpinned by around $200 billion worth of projects being built across the country right now.” Our natural advantage (Australian Petroleum Production and Exploration Association (APPEA) website)

The claim: That the natural gas industry created 100,000 jobs last year and is constructing $200 billion worth of projects right now.

According to the Bureau of Resource and Energy Economics (BREE) as of April 2013 there were 18 Liquid Natural Gas, Gas and Petroleum projects that had either money committed to them or were under construction. These projects have a total value of $205 billion.

Discussion of evidence: The claim of $200 billion in projects can be substantiated from the BREE data.

The claim that 100,000 jobs were created in the last year is more difficult to substantiate. The ABS says the number of people employed in Oil and Gas extraction is 24,700, an increase of 9,400 employees in the past year, not 100,000.

It appears that APPEA is referring to construction jobs created by the $205 billion of projects. If this is the case then the 100,000 jobs are not permanent jobs but are temporary jobs that will disappear once the project is complete. The number of future operational jobs will be far smaller.

APPEA provides no evidence for its claims. The claim that an estimated 100,000 jobs have been created in the last year seems unlikely based on available data. If the APPEA claim is to be taken seriously it needs to provide evidence for how this number was calculated.