Menu
Politics is about persuading voters about priorities.
To do so, facts are important, but they can also be misused in an attempt to win the debate.
Here the facts fight back. This site presents the facts to help keep the debate clean and to persuade politicians and others to stick to the facts.
Home   /   Is Australia’s public debt really that big? > Check the facts 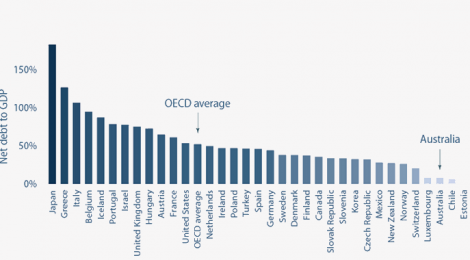 Is Australia’s public debt really that big? > Check the facts

Who:  “The path back to surpluses, debt reduction and a strong, prosperous economy must be through cutting wasteful spending, rather than on increasing taxes or introducing new ones.”

“Australia must live within its means.” Tony Abbott and Joe Hockey.

The Claim: The government needs to cut back its spending and get the budget into surplus otherwise Australia’s national debt will spiral out of control.

The Facts: Australia’s net debt as a percentage of GDP ratio is estimated to be 11.6 per cent in 2012, according to the International Monetary Fund (IMF). Those levels are low by international standards, and have been that way for a long time.

Discussion of evidence: Claims that Australia is a high debt country are regularly spouted by politicians, especially around May in the lead up to the annual Federal Budget and during election campaigns. The claim is seldom challenged for the fact that relative to most developed economies Australia is a low debt country.

Spain and Canada are used for comparison as their respective GDPs are similar to Australia.

Whichever way you look at it; compared to other advanced countries, Australia is a low debt country. 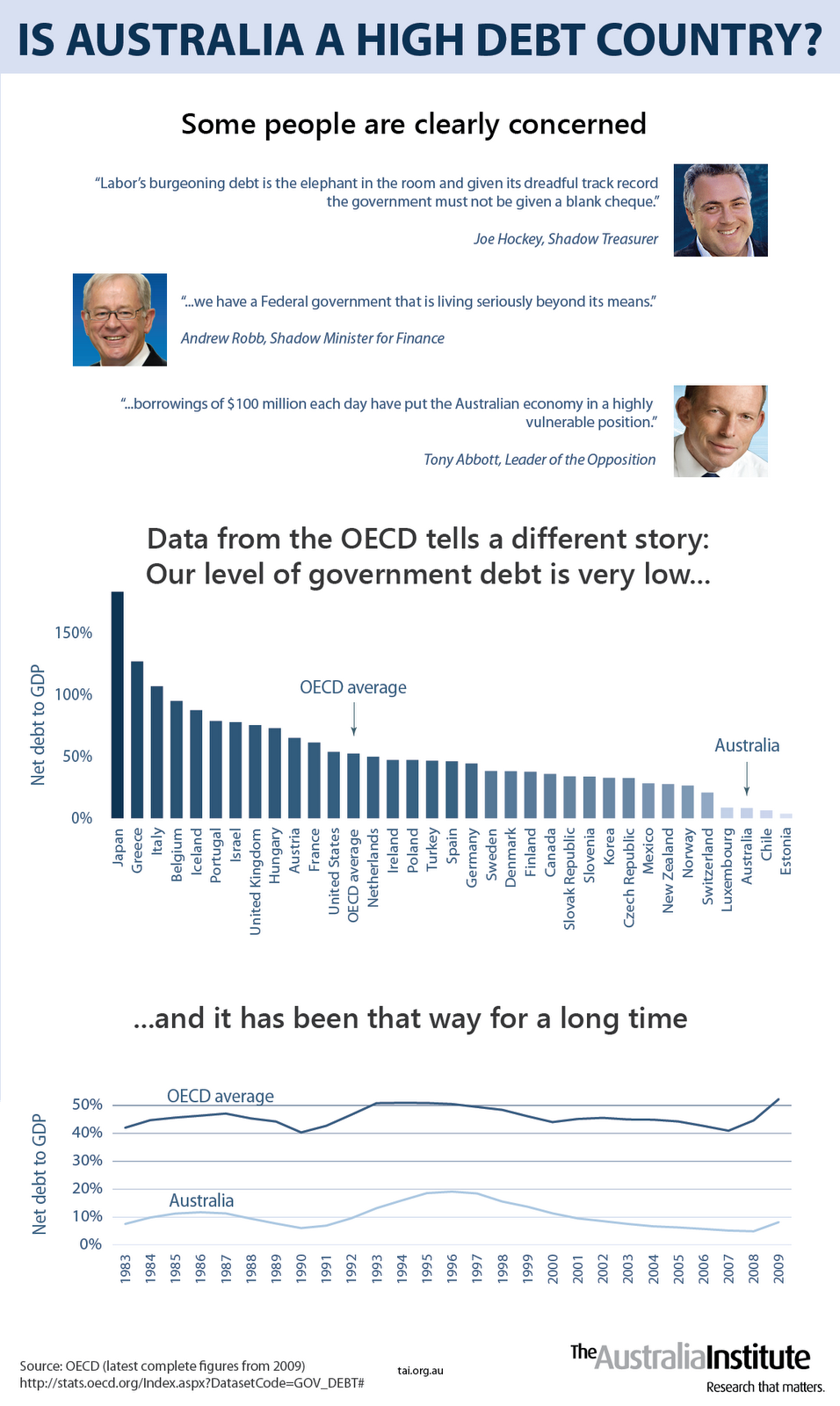