Menu
Politics is about persuading voters about priorities.
To do so, facts are important, but they can also be misused in an attempt to win the debate.
Here the facts fight back. This site presents the facts to help keep the debate clean and to persuade politicians and others to stick to the facts.
Home   /   Solar jobs > Check the facts 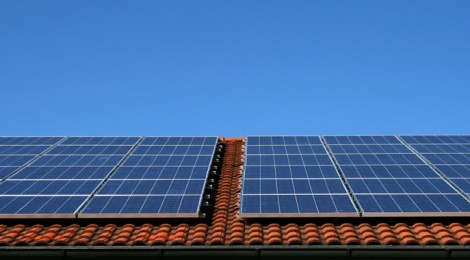 Employment in renewable energy is difficult to determine. Figures are persistently disputed as being inflated or underestimated, depending on which stakeholder is asked. For example, when Liberal MP Mark Coulton defended the controversial Cobbora Coal Mine near Dunedoo against calls from Greens Senator Lee Rhiannon to abandon the project in favour of renewable investment, he suggested that the jobs numbers promised by renewable electricity programs were routinely inflated.

Research commissioned by the solar industry found there are 13,300 people working in the solar photovoltaic (PV) and solar hot water industry.

Definitive employment figures for the PV sector are not catalogued by the Australian Bureau of Statistics (ABS) or the Department of Employment, Education, and Workplace Relations (DEEWR). Instead, employment figures must be inferred from their broader employment categories, based on a range of assumptions.

The industry report states that:

“The analysis used in the report has been derived through a detailed analysis of data from the ABS’ latest report (6291.0.55.003 Labour Force, Australia), the Department of Employment, Education and Workplace Relations (DEEWR), the Clean Energy Council’s Accredited Installer database and Solar Business Services report (Australian PV – Industry Intelligence 2013).”

Solar Business Services, the authors of the report, surveyed 150 solar businesses to gather data on their size, payroll, and demand for installation services. They then derived a ratio of industry employees per MW of solar, weighted it to previously produced comparable ratios of personnel employed per unit of output and industry statistics, then extrapolated workforce figures from ABS and DEEWR labour force statistics and energy production statistics.

This methodology is broadly consistent with previous research by the US Department of Energy. While the method used is reliant upon accurate reporting by individual businesses, the data analysis applied is reliable.

In isolation, however, it is not clear how significant the figure of 13,300 jobs is. For comparison, data from the 2011 national Census shows that 8,083 people are employed in gas and coal-fired electricity generation. That is approximately 60 per cent of the solar energy workforce.

Although the latest census data on employment in electricity generation is three years old it remains a reliable estimate of current employment. Since 2011, there have been no new fossil-fuel electricity generators built, and a number have been decommissioned (including Tarong in Queensland; Munmorah in New South Wales and recent news of an impending closure in the Latrobe Valley, Victoria.) Although resultant job losses may have been offset by the average growth rate in employment across Australia of 6.5 per cent over the past 5 years, the figure of 8,083 is unlikely to overestimate current employment.