Menu
Politics is about persuading voters about priorities.
To do so, facts are important, but they can also be misused in an attempt to win the debate.
Here the facts fight back. This site presents the facts to help keep the debate clean and to persuade politicians and others to stick to the facts.
Home   /   Will Abbott’s PPL cost as much as high-speed rail? > Check the facts 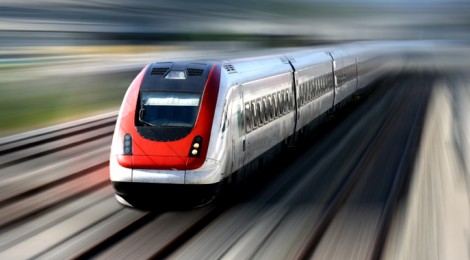 Will Abbott’s PPL cost as much as high-speed rail? > Check the facts

Who: “If we were to build this entire 1,748km high-speed rail project by 2035 it would cost less than Mr Abbott’s unaffordable, unfair paid parental leave scheme over the same period of time,” Prime Minister Kevin Rudd.

The claim: Building the high-speed rail project over 21 years would cost less than the Coalition’s paid parental leave (PPL) scheme.

The Coalition’s scheme will therefore cost the budget an additional $73.5 billion from 2014 to 2035. This is in 2012 dollars and assumes no behavioural change because of the scheme.

A government study found that high-speed rail on the east coast of Australia between Brisbane and Melbourne via Sydney and Canberra would cost $114 billion. This is in 2012 dollars.

Discussion of evidence: The Coalition’s PPL scheme would cost the budget an additional $73.5 billion from 2014 till 2035. This is the cost of the scheme minus the cost of Labor’s scheme which would be in place if the Coalition’s scheme is not introduced.

High-speed rail would cost $114 billion which is more than the Coalition’s PPL not less.

The only way the Coalition’s scheme would cost more is if Labor was proposing to scrap its own PPL scheme. This is not the case.